16 state of the art lighted clay courts with hydro underground watering system so the courts never have to be shut down for watering.

Originally from New Jersey, Eddie moved to Florida in 1974. Beginning his tennis career playing for St. Leo College and Broward Community college, he went on to build a successful coaching career South Florida.

Eddie also has many years of high-school experience. Named by the Miami Herald as "Coach of the Year" in 2003, Eddie coached both St. Thomas Aquinas and Cardinal Gibbons high schools - and won state titles in 1994 and 2003.

A Fort Lauderdale native, Beaver grew up playing tennis at Holiday Park and here in Pompano Beach, and had a successful junior career with appearances in state and national tournaments. He went on to play college tennis for the University of Alabama, a top-20 team.

While teaching tennis in south Florida, he and his doubles partner won the Men's 35s USTA Clay Court National tournament in 1996. Coach Beaver is an assistant coach at Cardinal Gibbons High School, and he has many years of experience working with juniors. He holds a certificate in personal training from the International Sports Science Association, and is a USPTA certified Professional.

Christophe's Junior Tennis Academy focuses on elevating the competitive junior player's technique, game strategy, and fitness to the next level.

A Fort Lauderdale native, John grew up playing tennis and baseball. After college, he began what would turn out to be a nearly 40 year career in teaching tennis to all ages. His experience includes positions as Head Pro and Director of Tennis at various local clubs in South Florida. 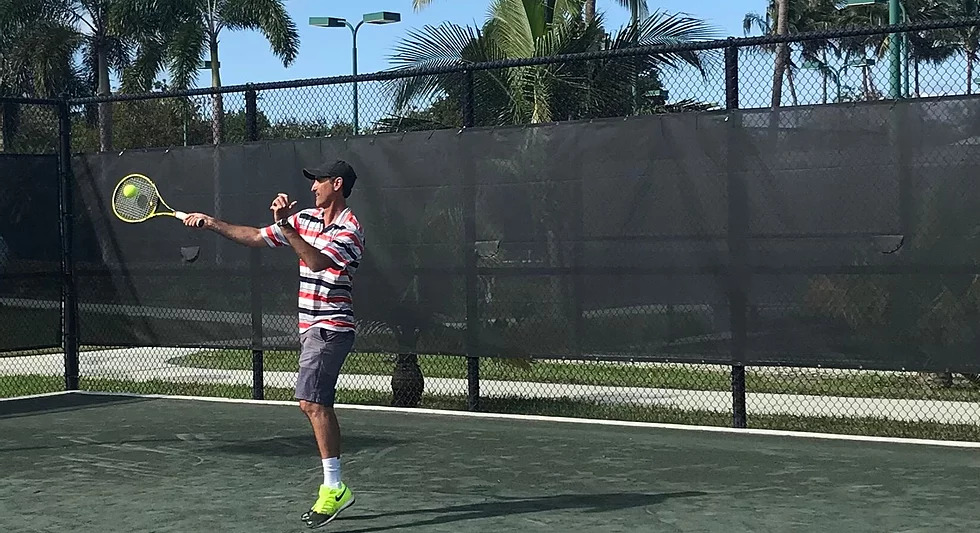 Martin joins our team with 25 years of teaching experience. As a junior, he was ranked in the top 20 in Florida where he competed in many junior tournaments including the prestigious Orange Bowl. Once, he was a ball-boy for Boris Becker at this event. After receiving technical training at the world-famous Bolletieri Tennis Academy in Bradenton, Martin went on to play 1st singles & doubles for Miami Beach High School where he helped the team reach the state finals. While attending the University of South Florida, Martin fell in love with teaching, and he has made tennis coaching a career ever since.

A former Division I college player, Dan continues to play competitively in USTA National tournaments, and local leagues. Since attaining a USPTA certification in 2001, he has held senior positions with clubs and academies in New England and Florida, and was an assistant coach at Florida Atlantic University.

With his video consulting company, Dan uses the latest in camera and software technology to assess a player's technique and biomechanics. He advocates the use of video technology as a powerful tool to help players of all levels improve their game.